is a PNG image with alpha channel (or Texture2D) that is used to determine the custom level gameplay.

The hitbox file, called level.xnb, has the size of 780x585 pixels, every screen is ordered by column starting from top to bottom which means every screen has 60x45 pixels. 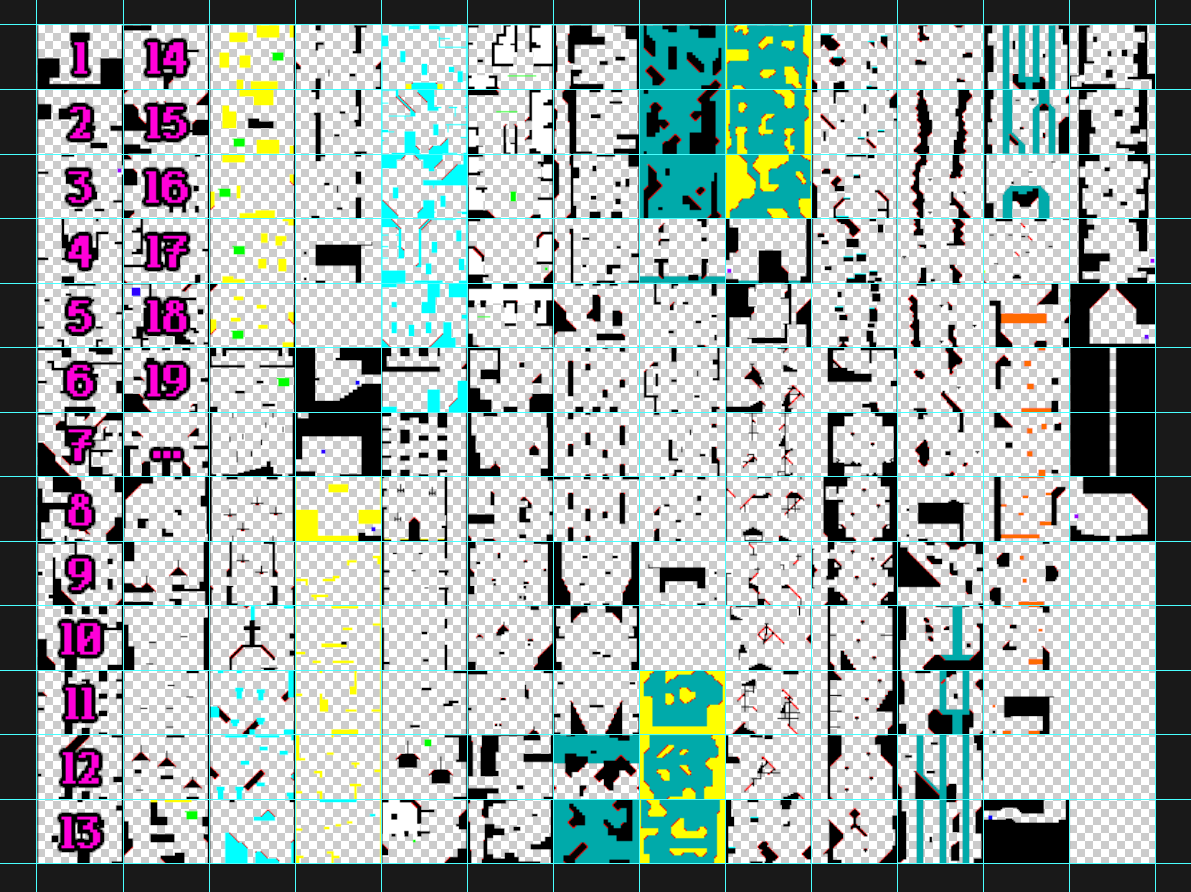 Jump King uses a specific color to define what a block is inside of this file.

If the red channel is still a concept you don’t understand, see it as the first RGB value (Red Green Blue) which is globally known on all image modification program.

is a block that rounds the player to the closer in-game pixel (8 pixel distance) the player’s Y position to make falls less inconsistent.

In order to get the full potential of a quark block:

(thanks to Erkstock for the image and the explaination!)