Back to the blog

A letter from the people behind it 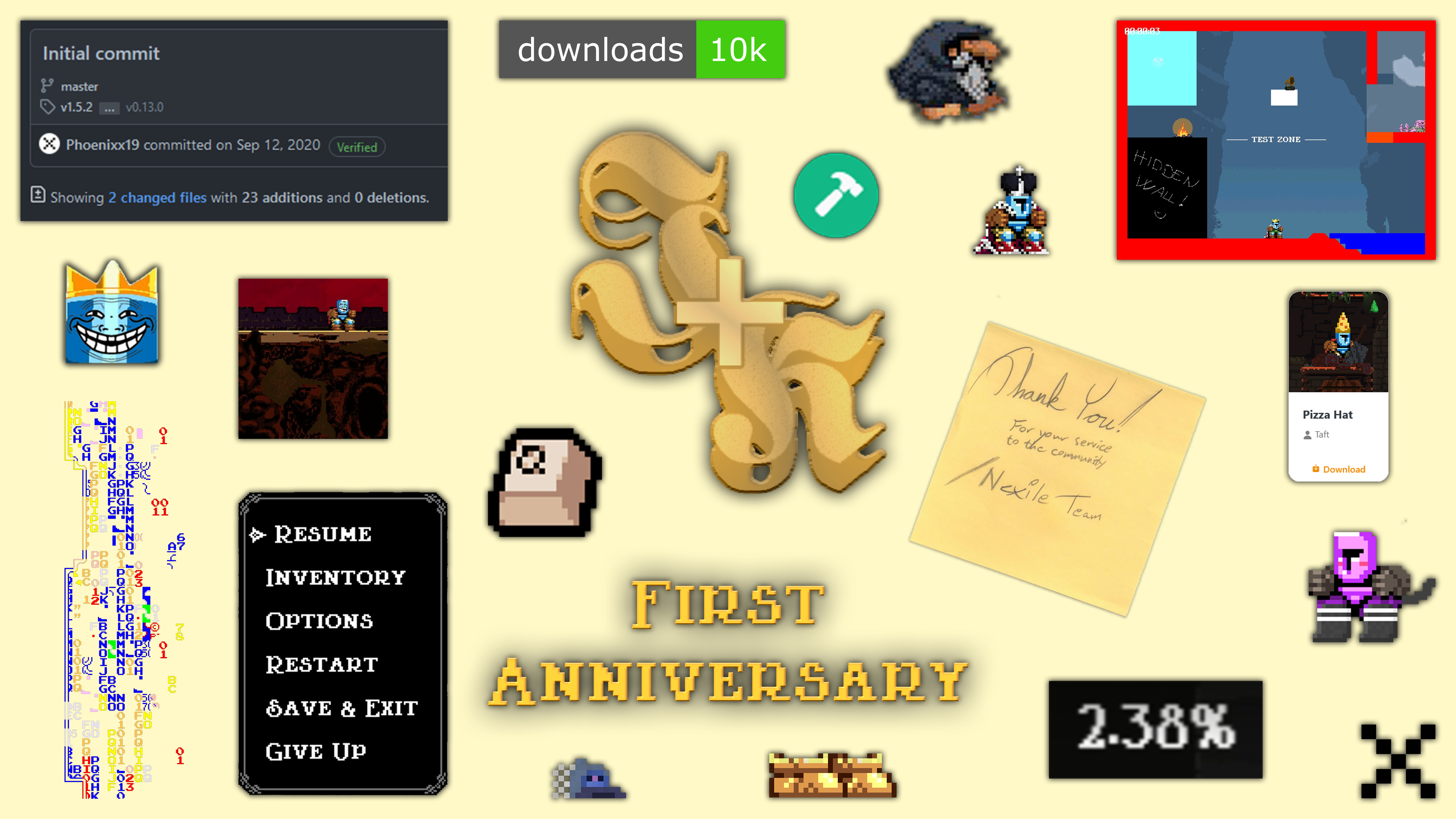 Exactly twelve months have passed since I started working on this project. Started as a fun side project to keep me occupied while being at home during the lockdown and ended up being a legitimate side work.

At the time, the Jump King Discord server, as many you may know, was completely different from now but even more the #modding channel. Before starting with the JumpKingRPC, there wasn’t much interest in modding Jump King, everything was either reskins or sound changes but nothing substantial; which was a bummer for me. From homebrewing the family Nintendo Wii to jailbreaking my two iPhones, I was and still am a guy that likes to tinker with stuff.

So I started doing some stuff for Jump King; I was not that skilled on programming, but I had a lot of determination (and free time). I really need to thank DevilSquirrel for his patience and making me learn how to use dnSpy and Erkstock for answering my dumb questions about the game; if it wasn’t for them, this probably never came to life.

The initial idea was to get what people wanted to be inside Jump King all along; without going through the hassle of coding or using external programs. Of course the first people interested were speedrunners so when I saw Laayuman (popular Jump King/variety streamer) streaming the first pre-release version of my mod I personally thought that was the peak of interest.

After the release, many people started asking for custom maps support including some people that you might know: Lord of Cheeses and IntroCar, in the following months I ended up with a extremely long changelog (v1.2.0) which included support for levels.

At first the tool, was kind of unstable; so in the following updates I tried really hard to make the job for map makers as easy as possible; I set up an entire section on the site for custom levels with the longest documentation I've ever written, added the Build Helper (which lets you see some in-depth information about the player), added new custom blocks, fixed many bugs and made the quick load thing (which was kind of recent).

When I heard IntroCar’s map was coming to an end and getting close to a release; I had the idea to start up a YouTube channel so that people would easily find how to install JumpKingPlus. Setting up a crazy simple and straight-forward tutorial was the best idea of the whole project.

Don’t get me wrong, the site’s fine, I personally believe a video works better than some lines of text; especially when people think a community made map was made by Nexile itself.

On the Babe of Ascension’s release, I was overwhelmed by the amount of streamers and people that decided to give it a try, on one hand I was really really happy that IntroCar’s map was getting recognized (as deserved) on the other I was exhausted from helping people to get that poorly made installer to work. 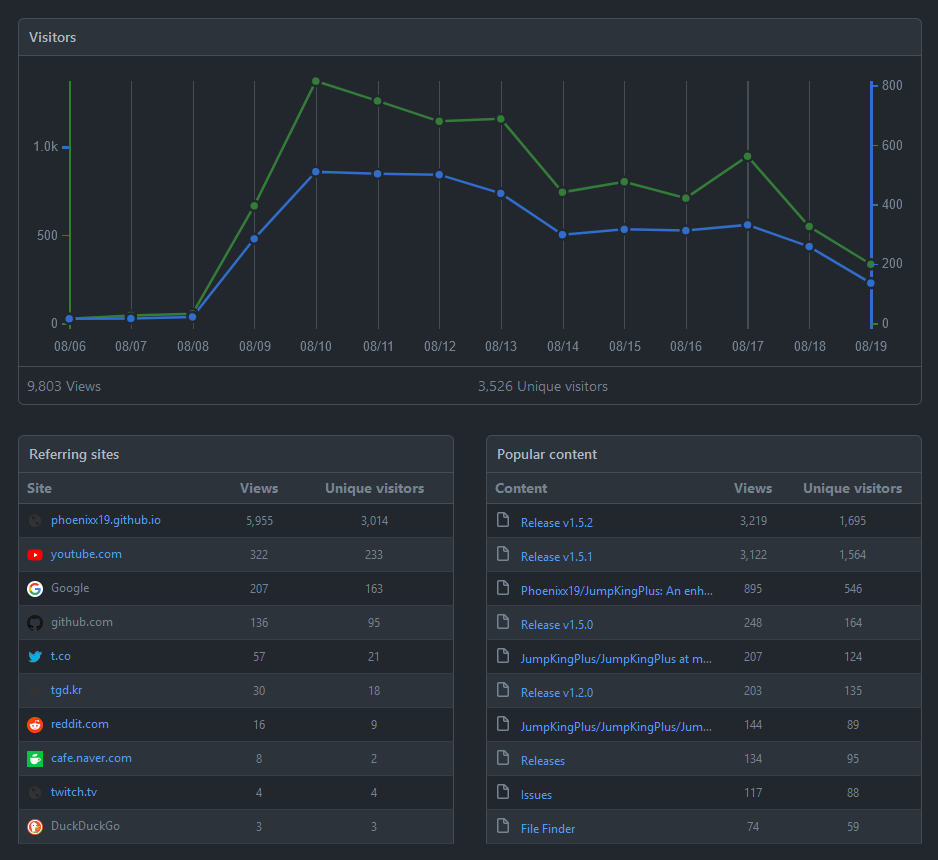 BoA gaining over 12 thousand downloads (the counter seems to be broke right now, I’ll fix it later) over two links (because the GDrive link got limited for a day), JumpKingPlus over 10 thousand total downloads. 15 thousand views on the release BoA trailer alone. Over 75 thousand views on Twitch for couple days at peak hours. +340% gain according to Steam Charts (thanks Kebb!).

It was one of my best weeks in my life.

I believe the future of JumpKingPlus is not anymore in my hands, but in the hands of the prosperous Jump King community. New custom levels are coming soon, new skins for Jump King are popping up (even before the v1.6 Wardrobe Update!) and new talented modders to help me out on this journey.

During this small lapse of time, there has been couple people that helped me on this project, I couldn’t ask everyone to write something so here are some of the messages:

It’s been a pleasure helping contribute to JumpKingPlus for over 10 months at this point. I’m very grateful that I was given the opportunity to work on this project and I hope I can continue to help out with JumpKingPlus.

You might even see some new features from me someday, who knows… ¯\(ツ)/¯

I can definitely say we have observed the growth of the modding community with merriment since the first edition of JK+, it was a big step up from the simple skin modifications we saw prior. Making a framework and documentation for custom maps is a blessing for us. Furthermore the people we have seen using it is the reason we can proudly share its progress through official channels.

Through hard-work, struggle, tiredness, bugs, and overall Jump King being a really difficult program to Mod, JumpKingPlus has done so much over its 1 year of being release. Its gone from small timer presets and custom discord showings of your progress in the game, to custom levels, new mechanics, new skins, and and a boat-load of unique and fun stuff to come in the future for the community to play with and enjoy. We appreciate everyone who has download Jump King+ for its been a pleasure assisting people’s climb to the top and giving people more content for them to play while awaiting for Jump King Quest. Thank you.

I can’t give enough credit to Phoenixx19 for making this, its been so cool seeing it evolve over its year of being released as well as being able to make custom levels for the game. I can’t wait to see what the community is able to do over the next couple months with this.

JumpKingPlus has been a great tool to see improve and develop over the last year, and the resulting extra content and fun it’s added to the game has made jump king a much more enjoyable experience.

Watching JumpKingPlus transform from speedrunning client, to now a modloader offering new maps & mechanics has been a feat I’m still stumped by. The ability growth of our modders has been astounding to see, and we haven’t even begun to see half of what it can offer.

anyone involved with JumpKingPlus,
the Jump King Discord community,
Rossiyan,
the testers,
the map makers,
the skin makers,
the people modding Jump King with new stuff
and you for reading this.